I've spent my whole life in the Protestant tradition of the church. Within that tradition, a big deal of influence in my life has come from those strands that might be called Evangelical. The Bible is central, it is standard. In fact, the Bible is used to critique what these groups find in other traditions, such as that of Roman Catholicism. Anything that smacks of routine or ritual is abandoned in favor of "pure" religion, "only what's in the Bible."

In recent years, I've been convinced that this is an impossible and unhelpful starting point. I could say many things about why I think this, but I only want to focus on a logical inconsistency I observed in my own thinking, which was modeled after many others in my tradition. And I'll allow G. K. Chesterton to get to the point for me. 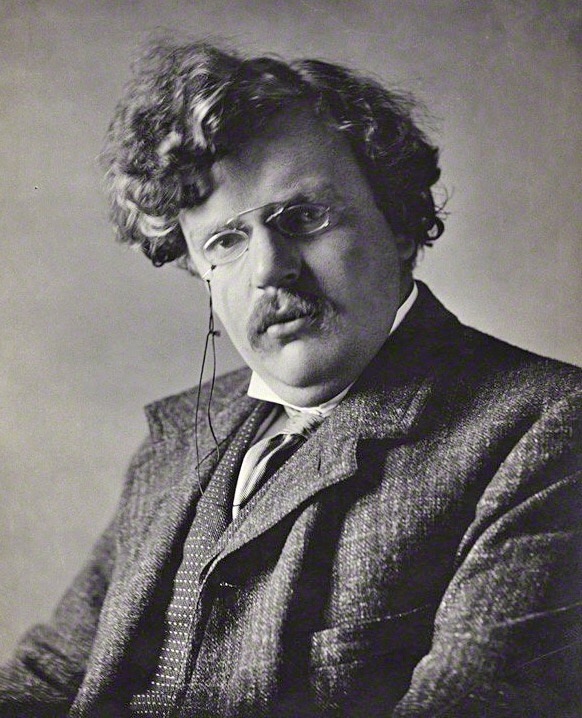 Chesterton, in a short work entitled The Catholic Church and Conversion, says the following:

To this I owe the fact that I find it very difficult to take some of the Protestant propositions even seriously. What is any man who has been in the real outer world, for instance, to make of the everlasting cry that Catholic traditions are condemned by the Bible? It indicates a jumble of topsy-turvy tests and tail-foremost arguments, of which I never could at any time see the sense.

The ordinary sensible skeptic or pagan is standing in the street (in the supreme character of the man in the street) and he sees a procession go by of the priests of some strange cult, carrying their object of worship under a canopy, some of them wearing high head-dresses and carrying symbolical staffs, others carrying scrolls and sacred records, others carrying sacred images and lighted candles before them, others sacred relics in caskets or cases, and so on. I can understand the spectator saying, "This is all hocus-pocus"; I can even understand him, in moments of irritation, breaking up the procession, throwing down the images, tearing up the scrolls, dancing on the priests and anything else that might express that general view. I can understand his saying, "Your croziers are bosh, your candles are bosh, your statues and scrolls and relics and all the rest of it are bosh."

Here's the issue he's getting at: we Evangelical Protestants often forget that the very Bible we claim as foundational is itself dependent on the church—not only in writing it, but in collecting it and identifying its authority. So why should we begin with a general assumption that that same community is not Spirit-guided?

Here's the catch–22: if we reject this community as errant, then we should reject its book; if we uphold the authority of its book, we should at least be open to the Spirit's guidance of that community in other areas.

Much ink (and blood, sadly!) has been spilled over the issue. How far can we trust this community, can it err? Can it be healthily self-critical? I'm by no means suggesting everyone should become Catholic. But I am suggesting that the "Bible alone" assumption is too limited. The Bible was formed within, and should be read within, a community. And if we trust the Spirit of God to get this book to us by way of a community, could we not also see that the Spirit has been at work in other ways in that same community?