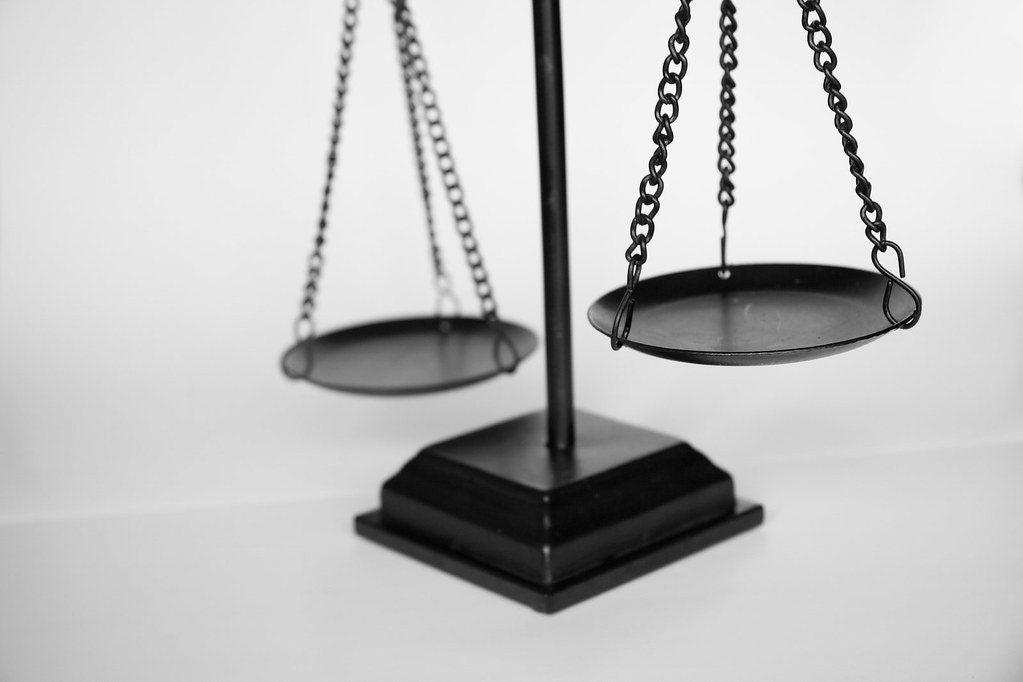 As a father, one of the recurring complaints I hear from my children is that something isn’t “fair.” “What?? Why does he get to go to the store and I have to stay home?”, or “What?? Why does he get to stay home and I have to go to the store?” I’m most amused when one child furiously insists on the administering of justice, of the issuing of punishment, when, ironically, they too are in the middle of “breaking the law.” “MOOOM! He’s not in his bed!”, the child screams from the hallway…which is not his bed.

I hear the refrain echoed elsewhere. “Healthcare is a right.” I’m not here to discuss policy; I’m only pointing out that this language infers that the world is intended to be fair, but that something is lacking in order for it to be so. Something belongs to someone, but they do not yet possess it. The goal for our society, then, is to make it right.

I even hear this language in the church/in response to the church. “How is it fair that God allows children to starve to death in Africa, while children in America are overfed?” Again, I’m not calling into question the logic of this specific statement; I’m only calling attention to the assumption that “fairness” is the goal.

I’ve wrestled with that question often. I’m not going to be able to answer that here, or probably ever. I do want to suggest the following: God does not care about fair.

In Matthew 20, Jesus tells a parable to his disciples. The parable puts the kingdom of heaven alongside a story about a landowner hiring workers for his vineyard. The landowner goes out early in the morning, perhaps before the sun has risen, and hires workers. They agree to a denarion for pay, which was a typical day’s wage. These workers are probably strong, able-bodied workers. They were ready early, and they were scooped up by the landowner quickly.

Around nine in the morning, the landowner goes back out into the marketplace. This time, he finds people standing around. They were apparently not picked up by anyone early, so perhaps they were not prime workers. He invites them to come work anyway, and he says that he will pay them fairly. The come, too.

Around noon and then again at three in the afternoon, he does the same thing. By this time in the day, he’s surely not finding the most desirable workers. These are probably the older people who walk the mall in the middle of the day. They’re at the food court, enjoying a quiet coffee. No one wanted them to work in their vineyards. But the landowner scoops them up.

At the end of the day, the landowner prepares to pay everyone. The logic of it, if the matter were fair, would be that those who came early in the morning, who worked in the hot sun all day, would receive more than the others. As the parable goes, the landowner begins by paying those who came last. The payment they receive was what had been promised to the early workers — a denarion, a typical day’s wage. So they worked like two or three hours, and they receive a full day’s wage.

At this point, the early workers begin salivating. “If he’s paying them what was promised us, and we’ve worked like four or five times as long as they have, then imagine what we are going to get paid!”, they think. When the landowner gets to the early workers, he pays them…one denarion. Their response: “This isn’t fair!”

Listen to how the landowner responds:

“Friend, I did you no wrong. Didn’t I agree to pay you a denarion? Take what belongs to you and go. I want to give to this one who was hired last the same as I give to you. Don’t I have the right to do what I want with what belongs to me? Or are you resentful because I’m generous?” (verses 13–15, CEB; italics added)

Fairness would dictate that all would be paid according to what they “deserve.” But the landowner makes no claims to fairness. He claims to be generous.

What God does in and through Jesus is not about God’s fairness; it’s about God’s generosity. In Jesus’ life, this shows up primarily when those who thought themselves worthy see Jesus spend his time with those whom they deem “unworthy.” “That’s not fair that you’re hanging out with sinners, Jesus!” Jesus’ actions suggest that his response is: “I know. I don’t care about fair.”

The storyline of Scripture is that while humanity was set against God, God still loved and still pursued them. God wasn’t interested in giving what they deserved; God was interested in being merciful and gracious. God gives not according to humanity’s desolation, but according to God’s abundance.